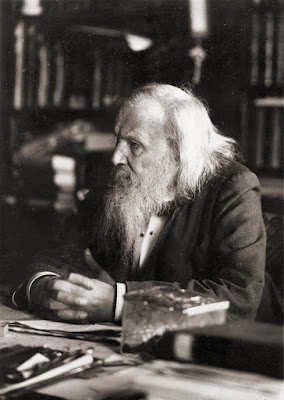 I have no need of proof. The laws of nature, unlike the laws of grammar, admit of no exception.

I suppose when my unknown elements are found, more people will pay us attention.

I wish to establish some sort of system not guided by chance but by some sort of definite and exact principle.

If all the elements are arranged in the order of their atomic weights, a periodic repetition of properties is obtained. This is expressed by the law of periodicity.

In science we must all submit not to what seems to us attractive from one point of view or another, but to what represents an agreement between theory and experiment.

The edifice of science not only requires material, but also a plan. Without the material, the plan alone is but a castle in the air—a mere possibility; whilst the material without a plan is but useless matter.

We should still expect to discover many unknown simple bodies; for example, those similar to aluminum and silicon, elements with atomic weights of 65 to 75.

The Principles of Chemistry